Quote of the Day: Diamonds and Sex Trafficking

“A diamond is forever”

Here’s some cultural context for you in an analysis of this new phenomenon of the “GFE” in prostitution:

[…]Dude, talk about buying someone heart and soul.

Then of course there’s the entitlement aspect. The men who engage in such a thing not only believe that it’s right and appropriate to buy away a woman’s loathing of them and that she should act like she likes it, but they also believe that they, for whatever reason, have a right to a relationship. They have a right to buy another human being, use it, discard it, and she should pretend that she enjoys it.

A local anti-sexist activist of faith here (where I live) regularly talks about how “the culture is a pimp for all our girls and women.”   In other words, consider the norm around men’s purchasing of women’s emotions — and through that, their bodies:  dinner, a movie, chocolates, flowers, and jewelry.  Consider how clothing and pop culture are sexually objectifying girls of a younger and younger age.

“A diamond is forever.”  Although the phrase was invented by a woman author, and not to sell a product, it was invented to belittle the importance of trusting, mutual relationships unmediated by capital (or at least describe the belittling that occurs):

“So I really think that American gentlemen are the best after all, because kissing your hand may make you feel very very good but a diamond and safire bracelet lasts forever.”

And this quote dates back to 1925.  Let’s situate that along the Traditional Marriage timeline: 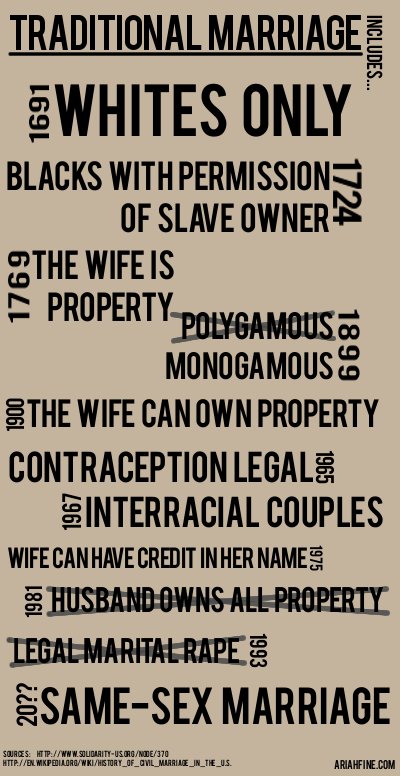 It occurred a few years after men finally allowed wives to own property (1900), and five years after men finally gave women the right to vote (men were the gatekeepers here).  So we are not only dealing with the oppression of male privilege and entitlement.  We are also dealing with the internalized oppression of some women actually believing that men should purchase their emotions and bodies, and they (the women) should enjoy it.  The messed up stories we tell ourselves and each-other about our gender roles — no matter which side of the gender oppression fence we are on — result in shallow, unfulfilling, abusive, capricious relationships.

Let’s take one more step back

“Diamonds are forever.”  You know about blood diamonds, right?   Even without that nasty bit, unfair and unsafe working conditions, child labor, environmental devastation, destroyed communities, the spread of HIV and rising demand for sex services all implicate the diamond trade.

Diamonds are fairly common in the earth.  They’re basically compressed carbon (although I’m sure a diamond specialist or chemist would have a fit with that description).  So what’s the big deal here?  Here’s my answer:

Jewelry.  Although only 20% of all diamonds are for sparkly, decorative purposes, they command top-dollar per karat.  The other 80% have industrial uses, such as hardening the surfaces of cutting and grinding tools, and we trade them like any other common material.  It’s like the difference between having a basketball, and having a basketball signed by Michael Jordan himself.  On top of this, only about 21% of diamonds are mined, and the rest are synthetic. The mining industry can’t keep up with the manufacturing industry, forcing it to look into ways it can distinguish itself from the diamond manufacturing industry.  The result is intensifying pressure on miners to find the Big Money Maker gemstones as well as “increase overall productivity.”

All this crap stems from an intersecting matrix of western colonialism, entitlement, privilege, classism, racism and sexism:  We occupy and control their land, cultures, minds (colonialism).  We steal their bodies and resources (entitlement) to enrich ourselves (privilege).  Poor black people work in horrible conditions for terrible pay (classism and racism) to find something shiny for wealthy (mostly) white men to give to women in exchange for their emotional and physical devotion, so they in turn can show how wealthy and powerful they are (classism).

The crown jewel of it all?  A fetishized desire — driven in part by sexist gender roles — for something big, shiny, and expensive (how’s that for circular logic?  It’s expensive because it’s in high demand because it’s expensive…).  At best, diamonds merely symbolize the true love, trust and devotion we (should) feel toward another.  In this case, isn’t it easy to find an alternative symbol?  And why do we need a symbol if we supposedly show this love, trust and devotion directly?  Isn’t that the ultimate goal, anyway?

Yes, now that all the colonial damage is done and the profit is secure, some companies are sharing a pittance of their historical profits for feel-good PR campaigns in patronizing, shallow and token attempts to “help the poor struggling Africans.”  I would love to see this flow of wealth completely reversed: how about reparations, anyone??  It’s a fairly complicated and difficult process healing communities that De Beers dismantled and restoring environments that our demand for something shiny destroyed, but it’s much more just than PR-focused philanthropy that white-wash the history of colonial atrocities beneath today’s modern fortunes.

Back to the original point

We wouldn’t have to worry about any of this if we lived in a society where it is impossible to buy or sell other living beings.  If we can solve the underlying causes of sex trafficking — men’s demand for sexual control over women’s and children’s emotions and body through the exchange of currency — then we will also be creating healthier, deeper and more meaningful relationships with one-another outside of the problem of sexual slavery, and resolving many of the issues the global diamond trade produces.  It’s not a complete solution, but it’s a good start.

This entry was posted on Monday, March 14th, 2011 at 00:21 and is filed under Unsolicited commentary. You can follow any responses to this entry through the RSS 2.0 feed. You can leave a response, or trackback from your own site.